Taking two of My femme subs to a local castle at midnight was an unforgettable night that I often live through photos and dreams. I had 3 male submissives keeping watch and holding lights and a camera. I stripped the younger of the girls naked, E, barely 18, and lashed her to the green gates which rose around 20 feet, most ornate, perfectly fitting for what I had planned. E is a masochist. My favourite type of slave. She took pleasure from the look of languid lust in My green snake-like eyes. Comparable to a tiger stalking its prey, and then playing with the creature between its paws, claws not yet out, but ever present, looming, daring dissension or flight.

I began to flick My 7ft bullwhip around her loins and ears, ringing, caressing, warning her of what was to come. I had a slave construct a paddle with nails hammered in, VIV. I grazed her breasts with it, made her lick and kiss it, knowing that I was to blood let from her most tender portions, entirely for My amusement and arousal.

There was a deep jealousy between the slave girls, another part of My life that I have learned to control, enjoy and allow to fuel Me. The other slave girl was C, she was stood on the sidelines, the quieter and more mature of the two, very slim and willowy, elegant but with a very dirty mouth for words. A journalist in fact, who would write poetry and erotica for Me to enjoy in the evenings. I loved her mind, and the pretty little shaven sex between her delicate thighs in equal measure. C loves roleplay. She both craves and despises being humiliated, being left wanton and alone in a cage covered in all manner of filth.

I called C over, fitted knee pads over her tights (I didn’t want her pretty knees being grazed or spoiled) and then took scissors to the groin, so her panties hung down one leg. I cut them off, smelt them and pocketed them, My souvenir. I commanded her to kneel before Me, I was dressed completely in black leather and thigh high black heeled Italian leather boots; My hair was curled by C earlier in the day, lipstick, rouge and eyeliner applied lovingly by little E.

One of the boys instinctively picked up a large strap on and harness from the selection of toys that I had chosen, unpacked and laid out for Me, as I pointed to it, the silicone shining in the moonlight. It was flesh coloured and made Me feel very masculine, strong. Like a lion tamer at the circus, whip in My belt, I proceeded to stand against E, now shivering with the cold, whilst C pulled the harness over My body. I could feel the longing from both women as they jostled and competed for My attention and approval.

Catherine then flicked her tongue on the tip of My cock without permission, I slapped her hard across her dainty protruding cheekbones. Privileges can, and must be earned, but never expected.

I made her wait on all fours while I sat on her, using her as human furniture while I flogged E florentine, a flogger in each hand, a constant torrent of leather strands redeeming her skin, but not yet breaking it. Knowing that C hated to be ignored and cast aside, I drew out the process of beating E with a wooden paddle, and then My whips again came out and could be heard echoing for miles as they cracked against her bare bottom, splitting her skin, the blood beginning to trickle down her legs.

I then used the blood as lubrication and slid My strap on straight into E’s cunt. She quivering and almost came immediately, such was the intensity level of her endorphins, dopamine and lust for her Owner. I quickly pulled out, not allowing her to orgasm until I had had My fill. I changed to her ass, as why not? She could take it, she was a filthy harlot with a craving of pain. How could I resist? I had one of the male slaves kneel between her loins and the steel bars of the iron gates and press his face into her sex, instructing him to lick and suck at will. I removed the cock, and made her suck it clean while she was groaning. I could sense that she was close again, so I reached for My paddle with nails protruding, glided My 2 fingers into her sweet, wet sex and simultaneously spanked her bleeding ass until My name was pierced into it in blood. Beautifully, she experienced le petit mort and screamed, all over My fingers and the slave's face and neck. I ordered him to untie her and carry her to the car. She was placed in the boot and sufficient aftercare was administered.

And now C. She was fucked roughly, on her back, like a dog, but I did not allow her to orgasm, as I had still not forgotten her audacity at attempting to lick My cock without invitation. She could not take pain, and I had satiated My sadistic lust, so I left her panting on the grass, went to check on E, and then told C that she would pleasure each of the male Slave’s when we returned home as a thank you for their generosity, and primarily for Mine.

Women have a different appeal for Me to men. They are more delicate, and more easily broken, so one must exercise caution and restraint, a challenge I revel in. 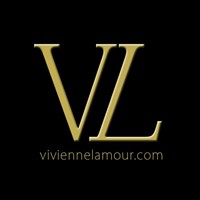